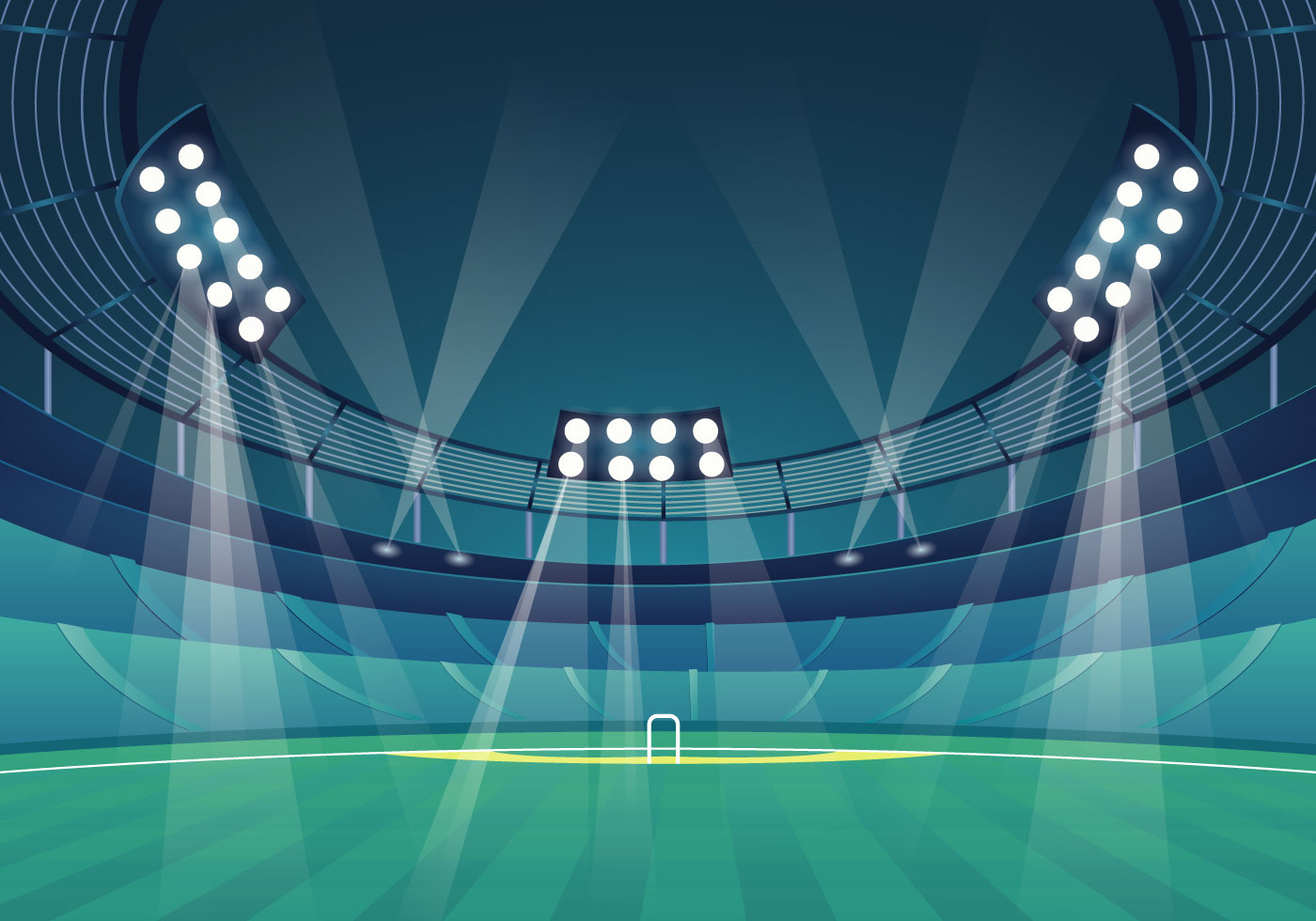 Indian Premier League and the Psychological Challenges within the Bio-bubble

The onset of the Indian Premier League (IPL) season gave rise to a controversy in the country with constant debates on whether the IPL should go on as India continued to battle the second wave of the COVID-19 apocalypse. Many experts, sports enthusiasts, commentators, and fans came forward and voiced their opinions and sentiments, before the Board of Control for Cricket in India (BCCI) indefinitely suspended the IPL after some cricketers and sporting personnels tested positive.

Some believed that with the devastation and suffering that overwhelmed the country, the very need of a sporting celebratory event at a time like this was questionable and inappropriate. They contended that the decision for IPL to continue was unempathetic,  tone-deaf, irrelevant and should not have continued, out of respect for what was happening in the country. While the IPL provided a sense of job security and supported livelihoods of many, the critics felt that the COVID-19 resources such as testing facilities, ambulances etc. were needed for the general public of the country rather than being exclusively reserved for the tournament.

On the contrary, some individuals were of the opinion that the IPL gave it’s viewers relief from the grim situation outside. For instance, cricket commentator and former player, Hemant Kenkre remarked, “This is the only entertainment you have during the lockdown” and added that the IPL was a stress buster for the fans and distracted them from the distressing news on social media platforms. Similarly, Pat Cummins, an Australian cricketer posted on Twitter outlining that,“playing the IPL while the population is in lockdown provides a few hours of joy and respite each day at an otherwise difficult time for the country.”

The second wave of COVID-19 has struck India like a tsunami, not only impacting the population physically, but has also had a detrimental impact on the psychological well-being of individuals. With near and dear ones getting affected, the daily surge in the number of positive cases, and alarming fatalities has undoubtedly given rise to panic and hysteria along with feelings of stress, anxiety, worry, fear, and hopelessness. Further, living in a collectivistic society like India, that thrives on social interaction and support, now being devoid of human connection with everyone staying indoors to safeguard themselves has resulted in a sense of isolation and loneliness.

However, in the current unprecedented situation, the IPL has been a silver lining and a coping mechanism for many individuals to manage the adverse effects of the lockdown, as they continued to remain in the confines of their homes. It provided individuals of all age groups with some form of entertainment. Moreover, some people engaged and built their Dream 11 teams (i.e., fantasy sports platform) that allowed them to interact with friends and family from their respective residences, and at the same time feel connected with one another.

While the IPL stars kept us entertained through these difficult times, the current article explores some of the psychological challenges that the cricketers might have faced while being in the bio-bubbles away from their family and friends.

Difficulty in adapting to the bubble

Though the sporting authorities and organisations made all the possible efforts to create a physically safe and secure bio-bubble for the athletes to compete in, nonetheless, the adjustment to the bubble seemed to be mentally challenging for many of them. Being restricted to a common space allowed teammates to bond, but at the same time it turned out to be challenging.

For instance, Australian cricketer Glenn Maxwell stated, “It is very difficult. The stresses around that, especially when you are travelling, you are stuck in kind of a nightmare where you are reliving the same day over and over again. You start to become a bit sheltered from the outside world and you sort of forget how to have normal conversations with people outside. That can be very hard mentally and it is something which is a massive challenge for the cricketers.” His Indian teammate, Virat Kohli, reiterated stating, “It does get difficult at times because it is repetitive.”

Being away from one’s family for long periods of time also made adjusting to bio-bubbles extremely difficult for players. For instance, David Warner voiced, “The past six months has been quite challenging in itself getting used to these bubbles and not having the family with me.”

On top of everything else, performing in empty stadiums while a thick, grey soot engulfed the country could have a major psychological impact on the well-being of athletes along with impacting  their performances.

The strictness of the tough and tight environment and being cut off from the outside world except for maintaining contact with loved ones through a screen (e.g., Zoom calls) and social media resulted in athletes experiencing “bubble fatigue”.

For example, Rajasthan Royals batting all-rounder Liam Livingstone flew back to England in the middle of the IPL season as he could not withstand the strict bio-bubble and cited that he experienced “bubble fatigue accumulated over the past year“. Similarly, Dawid Malan stated, “The other thing about bio-secure bubble is because people are not doing anything for a long period of time, more stuff gets thrown in. You have more meetings. You do more catch-ups. It actually tires you out a lot more mentally – the fact that you are constantly having to do stuff. That’s just not here (IPL) but in every bio-bubble we are in. There’s always something because whoever it is, he feels we need to get together all the time. Being away from cricket and being able to keep the mind away from things probably helps you more.”

Fear of contracting the virus

As the second wave of COVID-19 continued to spread like wildfire in India, the carefully created and monitored bio-bubbles did not seem to be disconnected from the horrific war like situation in the country, as the fear of contracting the virus gripped the cricketers, with some of them deciding to fly back home.

The Australian trio of Andrew Tye, Adam Zampa, and Kane Richardson chose to withdraw mid-way from the IPL season stating personal reasons as crises continued to grow in India. While Ravichandran Ashwin, Indian cricketer at Delhi Capitals disclosed that he was leaving the IPL to support his family as they battled with COVID-19.

To keep the anxiety of players at bay, the BCCI ramped up it’s bio-bubble safety measures by scheduling frequent tests at IPL venues. However, the panic surged as COVID-19 penetrated through the safety shield and disrupted the momentum of the tournament. Initially, two cricketers from the Kolkata Knight Riders (KKR) team – spinner Varun Chakravarthy and medium pacer Sandeep Warrier, contracted the virus. Soon after, the support staff of the Chennai Super Kings (CSK) tested positive, along with more players from different teams joining the list.

The entry of the virus into the bio-bubble resulted in undeniable fear creating havoc and finally indefinite suspension of the tournament.

Trapped in a foreign country

Amidst the hysteria, the Australian Prime Minister’s sudden announcement on asking the Australian cricketers to make their “own arrangements” to return to their country, as they decided to close the borders due to the COVID-19 surge in India, did not help matters and aggravated their fears.

For instance, the KKR cricketer, David Hussey commented, “Everyone’s sort of a bit nervous about whether they can get back into Australia”. I dare say there’ll be a few other Australians a bit nervous about getting back into Australia.” Further, Andrew Tye, an overseas player who withdrew from the tournament said, “I just thought I’d get on the front foot and get home before I got locked out of the country…”

While the athletes battled with their own fears and apprehensions in the confinement of their bio-bubbles, some joined to fight India’s battle against Covid-19 by either donating money or by sending out messages to fans, acknowledging the threatening situation outside the bio-bubbles.

Eoin Morgan, KKR’s captain, urged people to stay at home and strictly follow safety protocols of wearing masks and washing hands. In his message he added, “these are tough times for the world. Having seen it first hand at home, how devastating it can be, on behalf of KKR, we wish everybody who is ill well. But ultimately if we stick together, we can beat this thing.”

To conclude, in the current article, the psychological challenges of the bio-bubble were identified and outlined by the authors based on the articles and comments of cricketers shared in the media. However, to counter the psychological difficulties of the bio-bubbles, gaining a comprehensive understanding around players’ experiences within the safety net, will allow sporting authorities to create a psychologically safe and secure environment for them. This standpoint was emphasized by Paddy Upton, former mental conditioning coach of India cricket team, who urged the world sporting bodies, including the International Cricket Council (ICC) and the BCCI, to understand the impact bio-bubbles have on athletes, in order to minimize its negative effects.